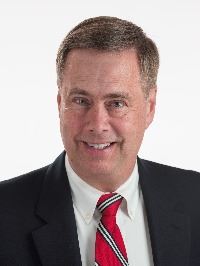 Lowman S. Henry is Chairman and Chief Executive Officer of the Lincoln Institute of Public Opinion Research, Inc., a non-profit public affairs foundation based in Harrisburg, PA. He serves as host of American Radio Journal heard on over 200 radio stations nationwide, and is host of the Lincoln Radio Journal, a weekly public affairs radio program syndicated on over 90 Pennsylvania radio stations. He is also President of the Pennsylvania Leadership Council, Inc., which produces the annual Pennsylvania Leadership Conference.

He began his career as a broadcast and print journalist, served as Political Director of the Republican State Committee of Pennsylvania, Chief of Staff to State Senator Earl Baker, and as Executive Assistant to the Attorney General of Pennsylvania.